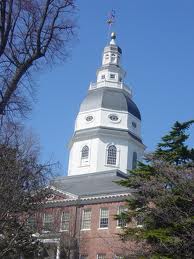 Maryland employers achieved victories this legislative session with the defeat of several bills that would have harmed businesses of all sizes. It is encouraging that none of these bills made it to the floor of either Chamber for a vote, but rather died in their respective legislative committees. This may mean that legislators are more carefully considering the implications of further regulating and restricting the rights of employers. However, it is also possible that any of these bills could be re-introduced next session with a different result.

HB 4 – Would have increased the State’s minimum wage rate to $10.10 per hour three years prior to federal requirements. It was given an unfavorable report by the House Economic Matters Committee.

HB 528 – Would have expanded the wage records that employers  were required to keep for each pay period as well as wage and payday notice requirements. It also would have allowed employees to bring liquidated damages claims for violations of the bill’s provisions. It was given an unfavorable report by the House Economic Matters Committee and withdrawn by its sponsor.

HB 1066 – Would have prohibited employers from requiring employees to sign non-disclosure agreements. The bill was given an unfavorable report by the House Economic Matters Committee.

HB 1027 – Would have required employers, including those exempt from existing overtime wage provisions, to pay employees an overtime wage of at least 1.5 times under specified circumstances. The bill was given an unfavorable committee report and withdrawn by its sponsor.