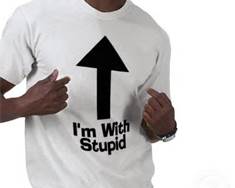 Being one of only five States (including the District of Columbia) that still recognizes the affirmative defense of contributory negligence as a complete bar to a tort plaintiff’s recovery in a negligence action, Maryland has seen several attempts to abolish the doctrine come and go, but like Rocky Balboa, every time someone tries to knock it out, contributory negligence keeps getting back to its feet.

Finally, there is the issue of settlement. After all, most cases are settled prior to trial. Will the adoption of comparative negligence change the way parties evaluate cases for settlement? When evaluating a case for settlement, if there is a contributory negligence defense, the general evaluation involves the chances of success of the defense versus failure, and one common manner of determining a value is to use percentages. I would think that evaluating a case under comparative negligence principles, which is inherently percentage-based, will often cause the evaluator to arrive at the same number that he/she would have arrived at under a contributory negligence evaluation. While a defense evaluation might no longer include the prospect of complete victory, a plaintiff’s evaluation would take on the added knowledge that a trial recovery would be less than full value on account of a comparative negligence finding. In essence, cases where there is strong evidence that a plaintiff’s own negligence was a significant cause of an accident will likely have low settlement values, regardless of whether the jurisdiction applies comparative negligence or contributory negligence. Likewise, if a defending party is relying on an argument that a plaintiff may have minimally contributed to an accident, the settlement value still would take into account that the case will still go to trial and a jury likely will not care.

In essence, one may argue that all of the debate in Maryland over contributory vs. comparative may be much ado about nothing. However, the plaintiff’s bar and defense organizations show no signs of agreeing with such an argument, and we can expect the debate to resurface in the Maryland legislature soon enough.