Protect Yourself When Settling a Minor’s Claim 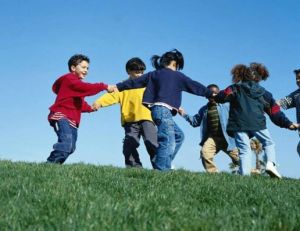 The whole world is asleep
You can look at it and weep
Few things you find are worthwhile
And though I don’t ask for much
No material things to touch
Lord, protect my child

One of the few universally accepted social mores in our country is that we, as a society, have an interest and duty to protect our children. This idea of protection is not limited simply to protecting children from physical harm, but rather to promote their overall welfare and best interests.  Not surprisingly, many laws have been enacted for the sole purpose of establishing safeguards to ensure that the best interests of a minor child are preserved when necessary.   Because a minor child lacks the legal capacity to take full advantages of the court system, specific emphasis has been placed on making sure that the rights of minors are adequately protected when their interests require involvement in the legal system.

Although people commonly think of the family or juvenile courts when considering the protection of a child’s interest, the interests of children are commonly litigated in the general civil courts.   A perfect example is the instance where a child has suffered personal injury allegedly due to the negligence of a third party, whether it be an automobile accident, medical malpractice,  premises liability, etc.  Although the minor cannot sue to recover for these injuries while he or she remains a minor, medical bills are nevertheless incurred by the child’s parents or guardians, and the child may have other needs that could be met by receiving a settlement or judgment award prior to reaching age 18.  Therefore, claims and lawsuits are routinely brought on behalf of the minor child by the parents as guardians, and those claims often result in the payment of compensation for the child’s injuries, either through settlement or a judgment.  However, because society has an interest in protecting the rights of children, statutes have been enacted requiring both the parents (and their attorneys) and the alleged tortfeasor must take steps to ensure that the payments are made and maintained in such a manner that the proceeds will ultimately go to the child.  Maryland, for instance, enacted a law outlining the responsibilities of the adults involved in the recovery of a minor in tort, although it is frustratingly hidden in the Estates and Trust Article, which is not exactly the first place one may think to look for such a law governing the issue.  Nevertheless, Estates & Trust  §13-401, et seq., serves the State’s purpose of providing some protection to the child from misuse or misappropriation of funds intended for their benefit.  Section 13-402 expressly states that it is Maryland’s public policy that “any substantial sum of money paid to a minor because of a claim, action or judgment in tort should be preserved for the benefit of the minor.”

Notwithstanding the existence of a law protecting the minor child’s interest when a personal injury payment is being made, the tortfeasor, her insurers, and her attorneys must consider whether additional steps must be taken to protect their interests.  After all, litigation is an adversarial process by nature.  I recently had a discussion with a very well-respected member of the Maryland bench on this exact issue, i.e., does the Estates & Trust Article provide enough protection for the tortfeasor when settling a minor’s personal injury claim, or must additional safeguards be considered?  I have always been of the belief that whenever one settles a minor’s tort claim, it was important to request that the court approve the settlement.   Even where claims have been settled without suits being filed, we have routinely filed “friendly” suits with the claimants’ cooperation to obtain this approval.  After my discussion with the aforementioned judge, however, I decided it was time to review the issue again and really think about whether court approval was necessary to protect the interests of the alleged tortfeasor, which is almost always the side I am representing.  So I took a look at the Maryland statute and thought out all of the possible scenarios, even bringing in some colleagues for additional input.

Section 13-401, et seq. does provide some protection to the purported tortfeasor.  If the minor recovers a net sum of $5,000.00 or more, the “person responsible for the payment of the money” (defined as including the minor/guardian’s attorney, any defendant, and insurers) shall make the check payable to “______, trustee under Title 13 of the Estates and Trust Article, Annotated Code of Maryland, for ______, minor.”  Issuance of a check in this manner establishes the person named on the check as the legal trustee of the proceeds.  Alternatively, the Court may appoint a guardian of the monetary property, and the check is then made to the guardian.  The obvious protection afforded to the tortfeasor and his insurer through this practice is that, by complying with the statute, the tortfeasor has taken the mandated steps to ensure that the minor’s property has been safeguarded for the minor’s benefit – in effect, passing off responsibility for the maintenance and safekeeping of the property to the trustee or guardian.  Accordingly, if funds are misappropriated, mismanaged, or misused in such a way that would cause the minor, upon reaching majority to have a cause of action against the trustee/guardian alleging a breach of the guardian’s fiduciary duty owed to the minor.  However, no such cause of action would exist against the tortfeasor.

However, the statute only addresses half of the problem – claims arising from the mismanagement of funds once they are paid.  It does not address the sufficiency or fairness of the settlement amount or verify that the payment is made with the intent of releasing all claims by the minor.  When the minor turns 18, she will have three years in which to file any lawsuits relating to the underlying occurrence, which could include claims that the settlement was collusive and constructed in a manner to limit the minor’s recovery to the benefit of other claimants.  While such a claim would generally be more of a problem for the minor’s guardians and attorneys, the torfeasor and his insurer would not be immune from such a suit.  Further, the now adult child could claim that the settlement did not include all claims that could have been brought on the minor’s behalf, and therefore she could try to assert them in her own name.  These claims open up a tortfeasor and the insurer to new costs and potential exposure.   Therefore, in addition to preparing a thorough release, seeking court approval of the settlement helps solidify the point that the settlement was fair and in the best interests of the minor, as well as designed to compensate her for all claims that could have been asserted.  The court is a neutral arbitrator and would review the settlement and release solely to determine that they were fair to the minor.  Accordingly, obtaining judicial approval provides an additional safety net for the settling parties.  Although the child could file a suit attacking the settlement, there will have already been a judicial determination that the prior settlement was made in the minor’s best interest.  The child’s guardians and attorneys also receive the added protection afforded by judicial approval, so they are likely to be cooperative in the process.   Although going through this process may require that some additional costs be incurred at the time of settlement, it could save litigants a substantial amount of money in the long run.